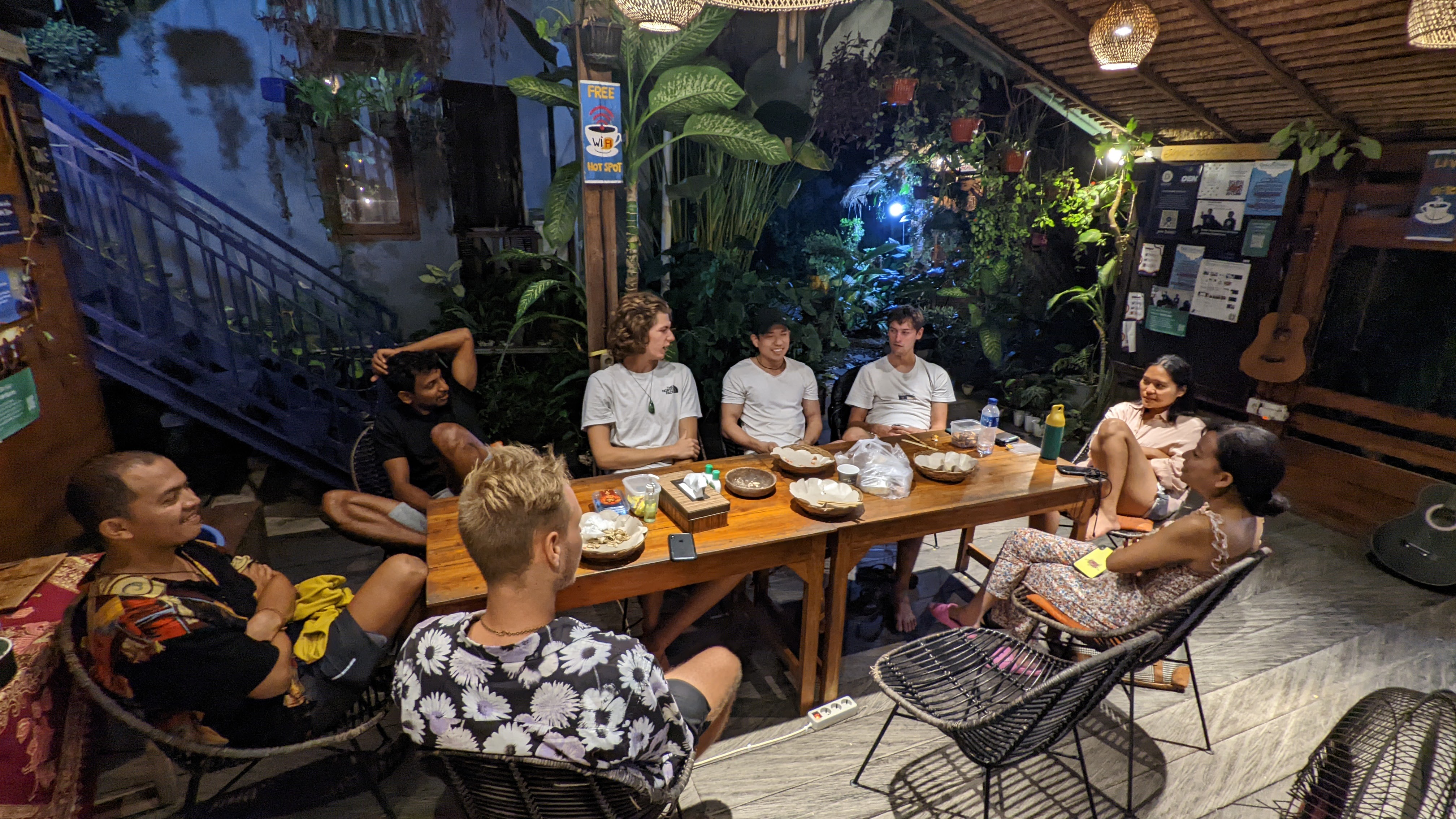 As a die-hard extrovert, I have always been attracted to the idea of bringing people together for events.

The only problem was that I spent the last 3 years traveling full time and had nowhere to invite people over to. Nor did I stay in any 1 location long enough to make more than 10 friends who I could bring together.

I finally decided I had spent enough time as a digital nomad and traveling in a sprinter van.

So I went to Bali and told myself I was going to live in 1 location for multiple months.

Here I was trying to decide if I was going to start an eCom business or start an events business.

At first, eCom seemed like the move because I would be able to continue to live my digital nomadic lifestyle.

But I had been feeling a lack of community during my travels. It took a while to feel this because I was always surrounded by new friends and was doing plenty of fun activities.

So I decided that I would start an events business.

The first step was to invite a bunch of the people I had met to a little meet and greet that’d I’d host at the co-working hostel I was staying at.

As simple as this first event was, it was still stressful to plan. I just had fear about if people were going to enjoy it or not.

The day before this event, I bought a new book called “2-hour cocktail party” by Nick Gray.

I didn't read much of it, but I quickly realized that I had made a couple of crucial mistakes and I had a lot to learn.

When the meet and greet first started, I had about 2 friends show up on time and they were the only people there for 30 minutes.

In the days after my event had happened, I continued to become obsessed with Nick’s book. He has hosted hundreds of parties and created the best formula to be a perfect host every single time.

I decided I was going to move to SLC and develop some roots and have more community in my life. This was a huge change for me since I had spent more than 1,000 consecutive days traveling.

I soon found a co-working place called Maven. It was perfect! Affordable, free snacks, a great atmosphere, and they even had a conference room that I could rent for free every month.

Perfect, now I had a venue I could invite people over to.

I was (once again) stressed out about people coming to this event and not enjoying themselves.

Everything else didn’t really seem to bother me though.

So I used the tactics in the 2-hour cocktail party, and sure enough 13 people showed up!

And what fun we had.

I plan to keep hosting things like this and see where I can take them.